Sun, sea, sand, and superb stuff to do, really sums up why you should think about staying in Denia for a week this summer, or in fact any time of the year, because this place really has it all. Denia is one of THE places to stay in eastern Spain, and it’s not been over developed, does not have lager louts to ruin the holiday, and it’s within easy reach of both Alicante and Valencia international airports. 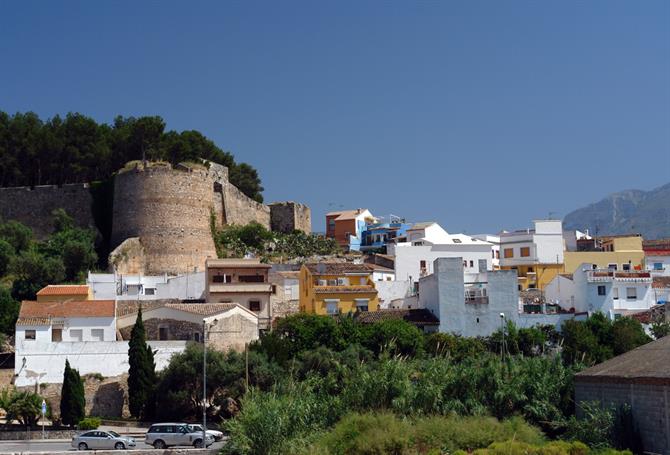 So, if you are in Denia, what can you do and see while you are here?
We put together five suggestions as to what to do and see in the town.
1. Denia castle and Museum
The imposing Renaissance castle that overlooks the town and harbour is regionally a very important historical place and was built around 900 years ago, containing a museum in two large rooms of the “palace of the governor” and is not only a low cost day out, it’s also extremely interesting! 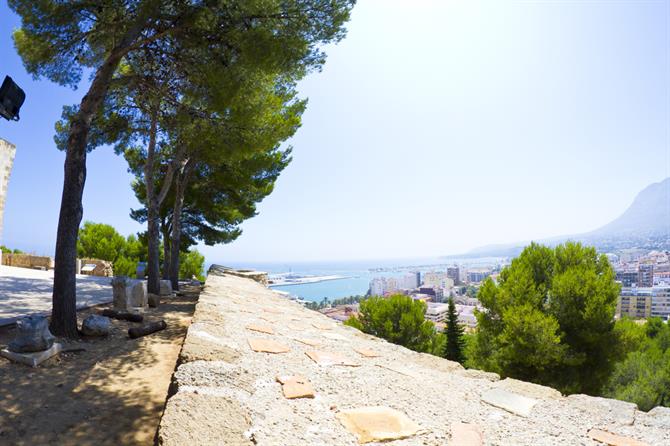 The views from the castle are simply breathtaking (see above) and the grounds are ample enough to walk around and soak up the local history here, although from experience it is best to do it in the morning, as the afternoon heat can be scorching during the summer months when it’s not rare to see the thermometer go past 40 degrees!
Denia castle very easy to find as it dominates the town but if unsure, look for signs saying “Castillo”.
2. Take a ferry to Ibiza!
Yes, you can combine two holidays in one by visiting Denia due to the fact that the busy port area has a regular ferry service to both Ibiza, and Mallorca, operated by a handful of locally owned ferry operators, all departing from different parts of the port area, so be sure to get all the details from the operator before arriving, although cars can also be taken on the boat. 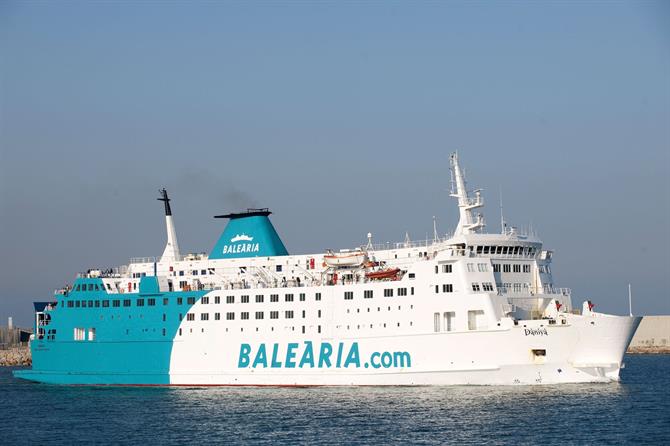 The ferry companies, at the time of writing, are: Acciona Transmediterranea, who sail from Muelle de Poniente (Pier), then Balearia (see above), who sail from the Muelle de Turia, which is also known as Muelle del Sur (Pier) and finally, we have Iscomar, who sail from Muelle de Levante (Pier).
The crossing to Ibiza takes usually anything between 2 and 4 hours, so it is possible to arrive in Ibiza at tea time, party all night and get the ferry back to Denia the next day!
3. The moors and Christians in Denia
There is a fiesta that is celebrated with some pomp, ceremony and style up and down Spain each year and it is held to commemorate the Christian re-conquest of Spain, from the Muslim rulers. Many years ago, in fact over 600 years ago, the Iberian peninsula was a North African Muslim nation and was known as Al-Andalus, largely inhabited and ruled by people who became known as the Moors.

The religious difference of the Moorish Muslims, in stark contrast the the majority of Christian kingdoms throughout ancient Europe led to a centuries of long wars, battles and struggles for ideology and for land.
A long battle was aged against the Muslim rulers, led by the combined military might of Aragon and Castile, who sought to capture Spain from the Muslim Emirate of Granada. 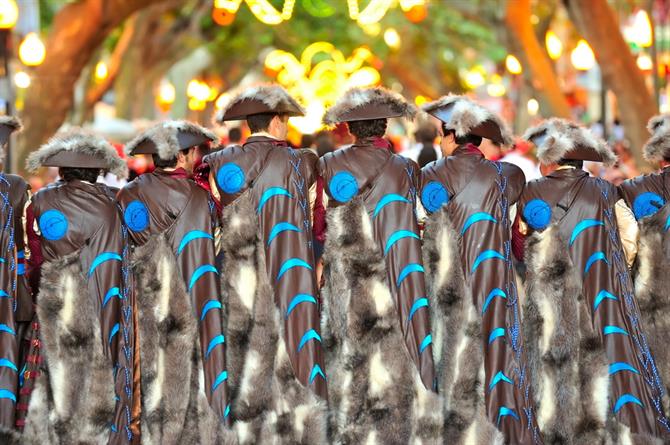 The various enactments of the moors and Christians across the Costa Blanca primarily represent the capture of each town or city by the Moors and the subsequent Christian reconquest and this amazing spectacle can be seen in Denia during the end of the 2nd week in August. A spectacle not to be missed!
4. Take time out on Denia’s beaches.
Ok, for some people, but not all, a vacation in Spain means sunning yourself on a lovely beach, with soft golden sand, the hot sun and clear blue skies above, and of course the crystal clear and warm waters of the Med. 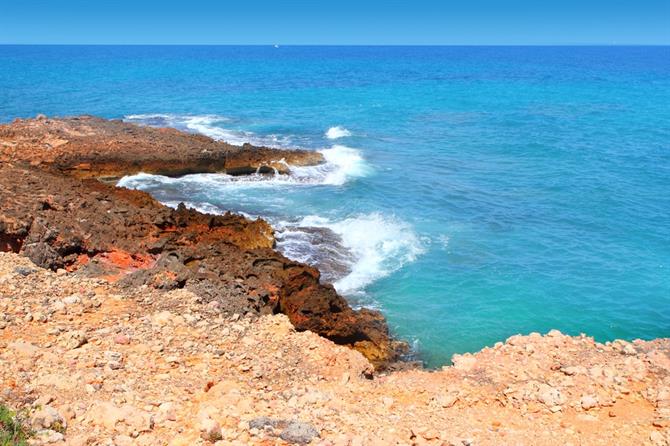 Denia has plenty of room for beaches and they vary from the archetypal golden sandy open beach, to smaller and more obscure places to bathe, as well as rocky inlets and coves. The northern most beaches are in the area known as Las Marinas and are fairly near the port area.
The first beach you will find is Punta del Raset which gets very busy, especially during August, and then we find Las Albaranas which is popular for water sports activities, and then we find Les Marines.
There are four more beaches of varying size, namely Les Bovetes, Els Molins (including plenty of bars etc) , L’Almadrava (rocky) and Les Deveses, the most northerly beach of the lot, so if you want to find a beach to spend part of your holiday on the Costa Blanca, I doubt if you will have to look for very long before you come across the ideal spot!
5. Enjoy some traditional Spanish food!
How better to round off a perfect holiday than to sample the regions finest food , served in the variety of different bars and restaurants that litter the town and offering high quality, fresh food at reasonable prices.
There are a small handful of British places to eat if you simply cannot go for more than one day without a fried breakfast too! 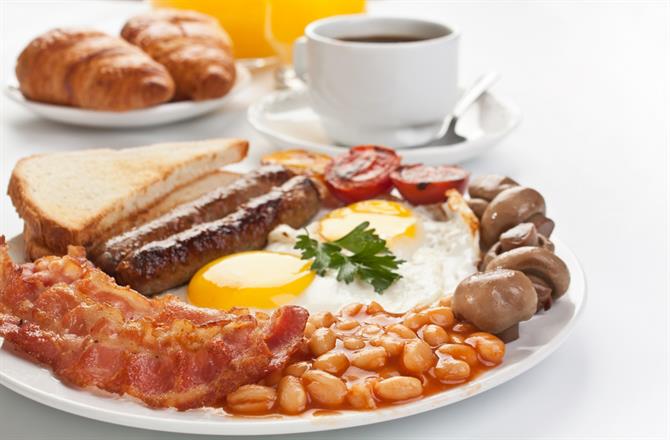 +
However, if you are here on holiday for maybe only a week in the summer then you would be advised to take the plunge and sample some of the areas more traditional restaurants where really authentic Spanish and also international cuisine, can be found at reasonable prices.
One handy tip, the nearer you get to a beach, the more expensive the meal will be, so try and plan ahead and walk away from the beach area, a few blocks back, and try some real Spanish food for yourself, such as tapas. 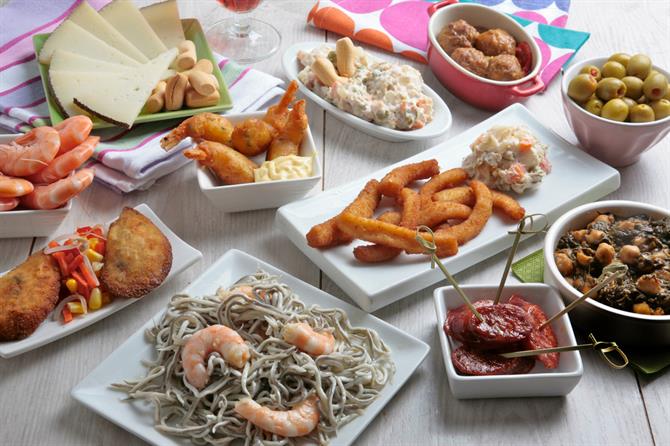 Tapas really is the true food of Spain. Small portions, eaten frequently, and usually low cost too. In the stifling summer heat it’s almost impossible to eat the sort of hearty meal you may be used to back home and the tapas route offers a real alternative to not only try something different, but dining at a busy Spanish tapas bar, you will get to understand the people, the culture and life, in just one or two tasty bites!