If you are looking for an interesting holiday this year then stay away from the rowdy resorts and check out Valencia instead. This amazing city is only about 2 and half hours flight from the UK, with services from Bristol, Dublin, Gatwick, Stansted. Manchester and Nottingham and low fares can be easily found if you are flexible with dates.
Valencia is a fabulous place to visit for sure, positively bursting with night-life, arts, culture, shopping, not to mention the great beaches nearby, all unspoilt too! Instead of the usual travel related “guff” that appears in all the tourist brochures, here’s an insider look at some of the more off-beat things you can see and do in Valencia!

1. Join me on the quest for the Holy Grail!
OK, maybe I won’t get a part in the next Monty Python movie, but not many know, or in fact believe, that the Holy Grail, the cup Jesus was supposed to have drank out of at the last supper, is kept in the cathedral in Valencia.
There are many other claims from around the world that they have the holy grail, but nevertheless, it’s a tourist magnet and to be honest with you, not much to look at either, despite the ecclesiastical adornments around it, and all the hype, it’s just a large old cup! 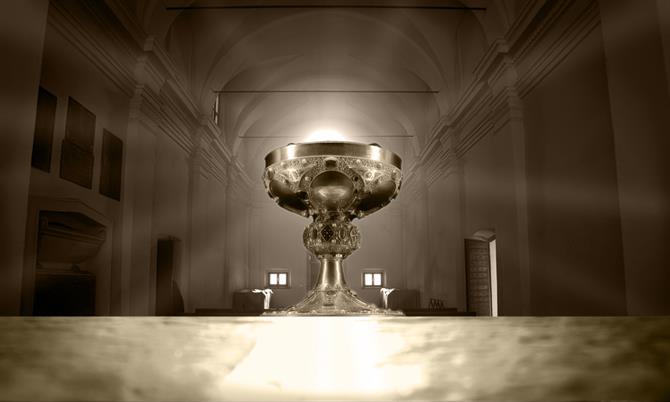 Religious dogma aside, in my own opinion, the REAL grail would be more likely to be a very rough looking, basic cup, if I remember my religious instruction from school, however the cathedral is a lovely building and well worth a visit anyway, although it’s not worth doing any Monty Python impressions as the movie is not that famous here anyway, so they will just label you as a very odd tourist!
2. Valencia is the home of Paella.
Everyone knows what paella is, but if you have just come back from living on the moon and have not seen the traditional Spanish dish, then refer to a previous article on the matter here.

Paella is what most people expect when they come on holiday to Spain, however unless you have tried it in Valencia itself, you will not have had the real stuff, but a fake tourist version, which even the Spanish refuse to eat.
Writing the article earlier this year about Paella proved quite controversial.
I had a clear mixture of comments about it, and what we had described or at least claimed, was the “real” dish, however it was very well received but the only criticisms we had were from other foreign people, NOT Spanish, people!
All of my (Spanish) friends, colleagues, my students and even acquaintances congratulated me on taking such an interest in their local dish, and I am talking about people stopping me in the street and thanking me personally too! It was quite odd.
Their warmth and enthusiasm on this very subject is immeasurable, and once I understood the whole “paella” thing, realising in true Spanish daily life, this is far more than just a meal, I then understood the Valenciano people much better than I ever did before.

One thing I learnt, that has escaped more or less every expat food and travel writer is that the dish is FAR MORE than just a meal. Paella represents families, friends, socialising, absolutely everything to the locals around Valencia.
Whereas in England we sit down to a roast on a Sunday, the Valencianos sit down to a paella, always eaten during the day time never at night, so bear that in mind if you don’t want to stick out as a “guiri” when you are here, which is the Spanish word for a northern European tourist!
3. The transformation of the River Turia, from floods to Europe’s largest urban park.
The city is bisected by the river Turia, although you won’t find much water there now, they had enough of it in 1957 where the rivers burst their banks and caused a national disaster. The mighty river that fed Valencia since ancient Iberian times, finally burst it’s banks and flooded the city in some places up to a depth of 3 metres. There are still houses in some of the old central districts, with the mark or stain on the walls the dirty flood waters made, can still be seen!
Nowadays, it is a park, the largest, and one of most beautiful urban parks in Europe.

The park runs for several kms between the two halves of the city and is a must for anyone visiting Valencia to come and take a look, and maybe hire a bike from one of the bike rental stations situated along the park. There are also sports facilities and children’s play-parks, and several imposing buildings along its route such as the imposing Palau de musica, pictured below.

When you get to the seaward end of the old river turia, you will find something truly amazing, the futuristic City of Arts and Sciences, an amazing complex of several buildings with various functions, from a mini sea world, to a 3d cinema, and parks and gardens to satisfy most tourists and locals alike.
4. The city of Arts and Sciences
As you can see from the shot below, the architecture is quite literally insane, and looks more like something from a science fiction movie, and the place has been covered extensively by other bloggers so it’s not much of a surprise, however it is so important to the city I couldn’t really leave it out!

But what you probably didn’t know is that those large pools of blue water that surround the buildings, can be drained very quickly and the area is then turned into more exhibition space, for events such as horse show jumping, and music concerts.
Another thing people don’t know is that the centre is not just a tourist attraction but is home to much scientific research, both biological and marine, and also has it’s own youtube channel.
5. They don’t all speak Spanish in Valencia!
The savvy traveller always brushes up on a few phrases before arriving at their destination, and although Valencia is in Spain, and yes most people speak Spanish, not many people know that the populations official language is actually Valenciano, which is a dialect of Catalan.
The locals are very proud of their language, but the downside is that there are not many opportunities for non Spaniards to actually learn it. You can pick up a few phrases quite easily by looking around you, at the bilingual road signs and on adverts and so on and you would be surprised how many French looking words there are, and how many words are the same spelling as in English, more so than Castillan Spanish. 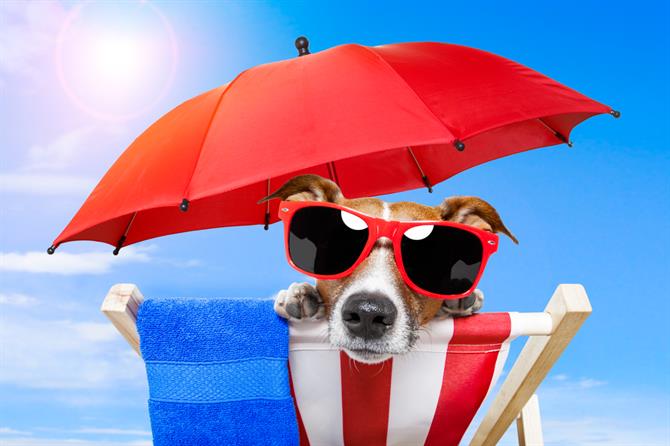 If you don’t exactly look Spanish, like me with my blonde hair and blue eyes, and 6 foot 3 towering over the locals then you may not probably be addressed in the language, but it’s normal here for people to flip between the two, Spanish and Catalan, in the same sentence, and with the emergence of many English words coming into their vocabulary, you may hear the odd English word thrown in for good measure too!
Bon dia, is more common than buenos dias, and be prepared for people saying what sounds like “ow” on the streets, which is their word for “see you later!”
6. Go nuts for the local drink, Horchata!
A very long time ago the locals started planting these things but they are not quite nuts as Horchata is the milk of the ‘chufa’ or tiger nut. It is also known as an earth almond, a Zulu nut or a rush nut. What they actually are is tiny bulbs that grow under the ground and are harvested each year, washed and dried, ready for making the drink, which is made by soaking them in water and pulping them to release a milky type substance which is then sweetened and made into a refreshing but rather odd tasting drink.

The drink can be bought from various street sellers in the city, plus most ice cream shops also sell it. Avoid buying it in the supermarket, it’s disgusting. It is supposed to be a drink that cools you down, although I have to admit I would choose a beer over the drink any day!
Hopefully we have shown you 6 things that didn’t know about Valencia, and stay tuned to Spain holiday, especially if you are looking to book some holiday accommodation in the city.